Organize the perfect date for your couple! But matchmakers beware, these blooming relationships are vulnerable to sabotage…

Love Formula is a card drafting game for 2 to 4 players in which you attempt to create the perfect date for your favorite couples, while sabotaging the efforts of your opponents to do the same! Players earn victory points by preparing a uniquely suited date for their couple, but they can lose points when catastrophe strikes! The player with the most victory points wins! 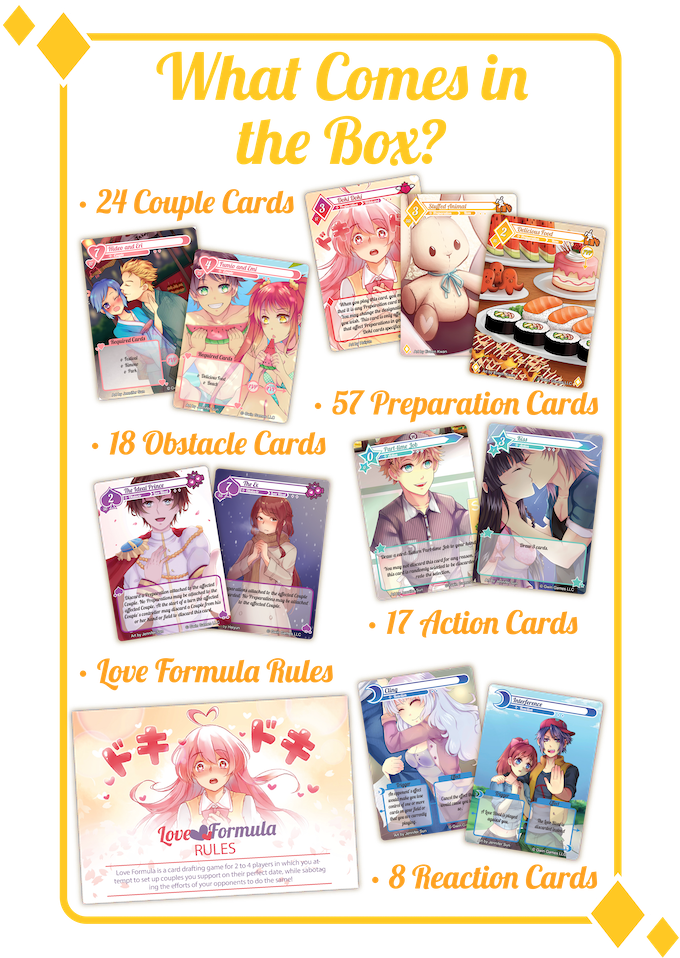 Play alternates between the two phases, with the draft phase occurring first. Once each phase has been played twice, the game ends. The player who has the most victory points from creating the best dates wins the game! 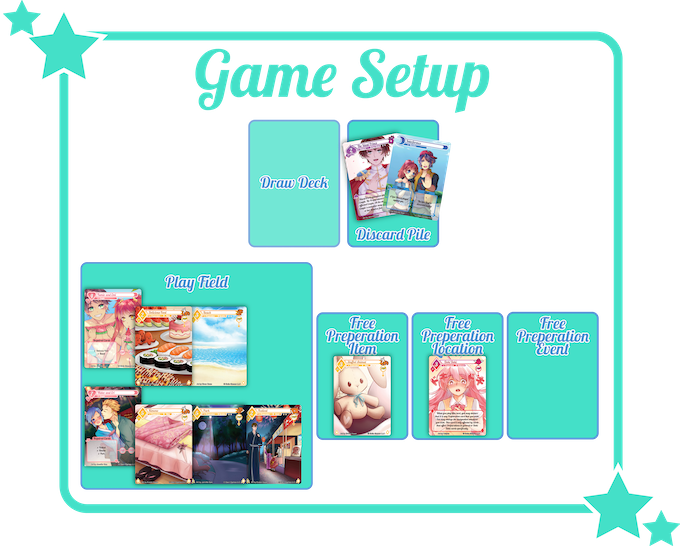 Fox in the Forest